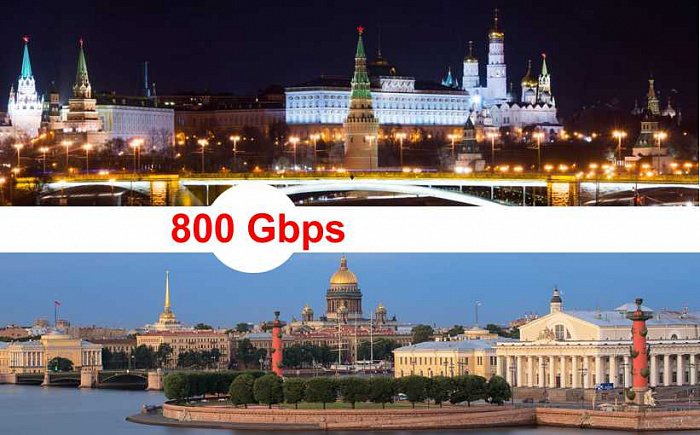 From Moscow to St. Petersburg at the rate of 800 Gbps

RASCOM has implemented the 4th DWDM system on the route Moscow – St. Petersburg; that increased the bandwidth of its network up to 86.4 Tbps on this section.

The new system has been launched on the shortest route along the railway that is facilitating the minimal round trip delay (RTD) between Moscow and St. Petersburg which is 7,08 ms.

The system has been arranged on the basis of WaveLogic Photonics equipment manufactured by Ciena; it is analogous to the systems that have been built previously on the sections St. Petersburg – Stockholm and Stockholm – Frankfurt (RASCOM’s news dated 10.06.2019 and 08.12.2020). Implementation of the new system has boosted the bandwidth of RASCOM’s network on one of the most essential sections, enabled reserve of capacity, increased the signal transmission rate on a single wave, as well as allowed for providing the circuits from Moscow to Stockholm and Frankfurt by using Ciena’s uniform advanced channel forming equipment of the latest generation.

“RASCOM is focused on providing hi-tech advanced services, therefore modernization and building new sections of the network are constantly based on the cutting-edge developments that are approaching the telecom equipment market”, General Director Denis Ganza comments on, “So building the 4th DWDM system from St. Petersburg to Moscow is par for the course. The system has been built using the advanced equipment, and the testing has proved that signal transmission rate between Moscow and St. Petersburg can reach up to 800 Gbps on a single wave, which is so far a record-breaking rated value for such distance”.